The German American students exchange between the Governor ‘s School for Science & Mathematics (GSSM) in Hartsville, South Carolina and the Johanna-Wittum Schule (JWS) in Pforzheim, Germany is getting into the eleventh round. Every year, three American students have the opportunity to live in German host families for six weeks. During this time, they complete a research internship at the German Cancer Research Center (DKFZ) in Heidelberg, Germany. 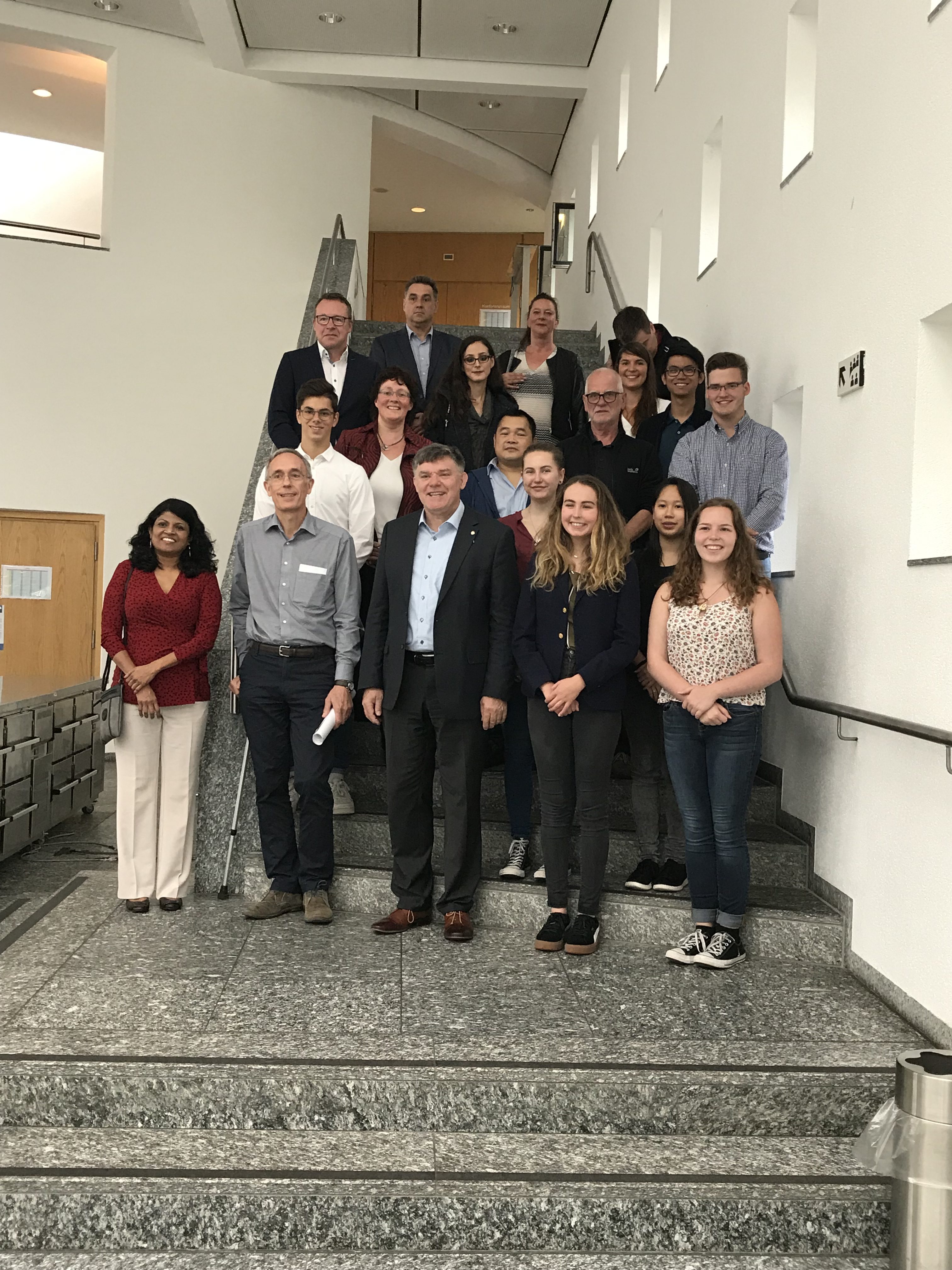 The exchange was celebratory opened on 12th June at the DKFZ. The students of the GSSM were welcomed and got to know their mentors in the morning. During the course of the day, they had a tour through the laboratories, where the students will research with their mentors. In mid-August, the three German exchange students will attend the return visit and complete the six weeks research internship at the Universities of South Carolina.